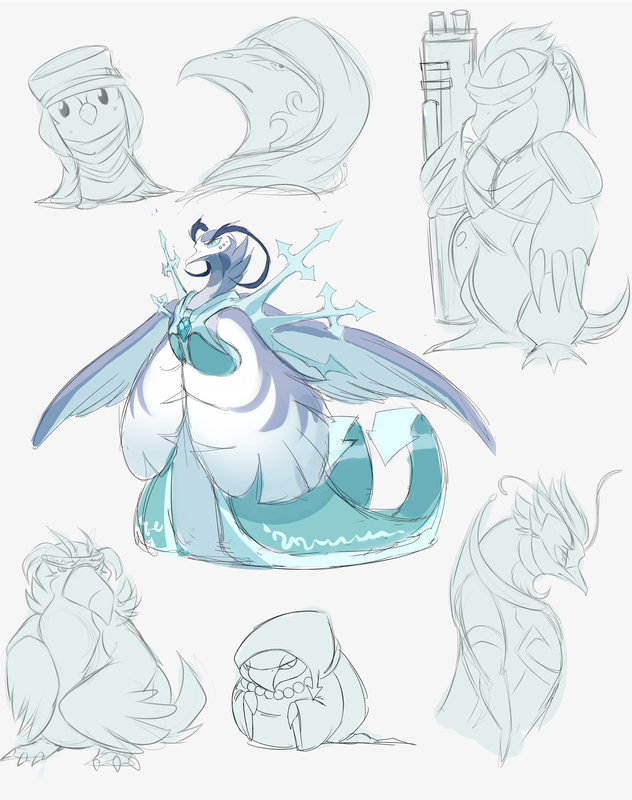 
Penguians are penguin-like creatures that generally have water or ice manipulation powers, though some have achieved air/flying abilities as well. They're known for being the only dominant species in North Antinacia, though they were originally from Asumara, closely related to the other avian species there.

Penguians are a highly aggressive species and do not get along with other species well, only choosing to have relationships with them if they can benefit from them. They're very territorial of their space.