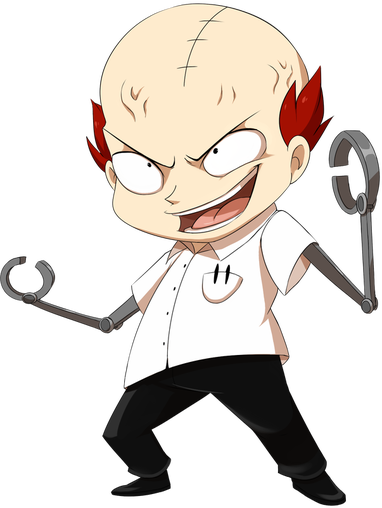 Vladmir is incredibly short for his age. His stunt in growth is though to be caused by all the mutations he did on himself. The most noticeable thing is probably his enlarged cranium. In fact its so large that it messed up his hair growth, which now only grows on the side. He sports a white lab shirt and black lab pants and shoes. He also has 2 mechanical hands. The left hand was torn off accidentally by a mechanical saw when he was working on an invention and the other one was torn off by a desert monster.

Art of Vlad by Others