After a showdown between the Dark Siders and Sky Deathstar, Sky and Keith from the Dark Siders get sucked into an alternate dimension after a freak accident. The two of them spend 3 months trying to get back home, and during that time, the two of them begin to develop an unusual relationship.
(Warning: Contains strong violence, gore, mentions of suicide and sexual themes.)
The story starts off with Vlad waking up the other Dark Siders in the middle of the night over the intercom in their secret base (at the time, it was only Vlad, Jestress, Keith and Gorgen). The three other Dark Siders come into Vlad's computer room and Jestress angrily questions Vlad why he woke them up. Vlad explains that he has been tracking an unlimited energy source called the Infinous Core for over 2 years now and that it has finally begun to weaken its barriers. The core is located on an orbiting moon near Pelepia and usually goes undetected, which Vlad boasts about being the only one who knows about it. With such a powerful source, Vlad would be able to generate as much power as he wants for his weapons and base without it running out. He tells the other Dark Siders that they need to leave now and they'll be the first ones to get it, as the barrier takes a few hours to dissolve.The gang quickly gets ready to depart to space and Vlad hyperjumps to the core's location in his ship. As the land on the moon, Vlad brings out his scouter to track the core's energy, then he cheerfully blows up a hole in the ground and they follow a tunnel leading towards to core. Jestress mentions that the tunnel path seems way too convenient, like people have been here before, but Vlad is too exultant to pay attention. 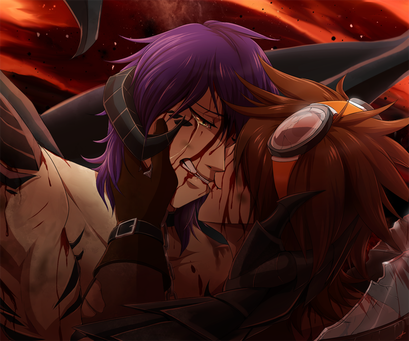 When Sky finally finds Keith in the rubble, he tears up from witnessing the state that he is in. Keith's helmet is completely broken, leaving him exposed to the poisonous air, along with his oxygen tank completely empty. He also has multiple wounds and is bleeding heavily. Sky runs to Keith's side and tries to help him. Although relieved that he's not dead, Sky knows that Keith's time is running out. Sky holds Keith head and tells him that he's not letting him die here in the Underworld. However, Keith seems to be accepting of his fate as he tries to comfort Sky. Keith tells him not to worry about him and that he should focus on getting out of here himself. He says that his only regret was wishing he wasn't such a stubborn asshole to him in the beginning and that they could spend more time together. And with that, Keith caresses Sky's cheek as he blacks out. Sky, believing that he might be dead, wails in sorrow. 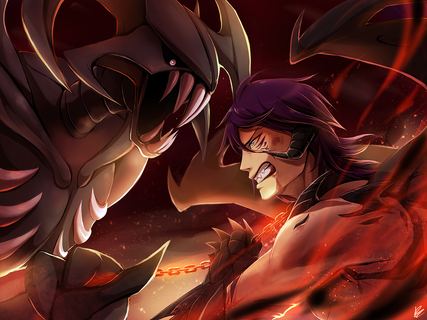 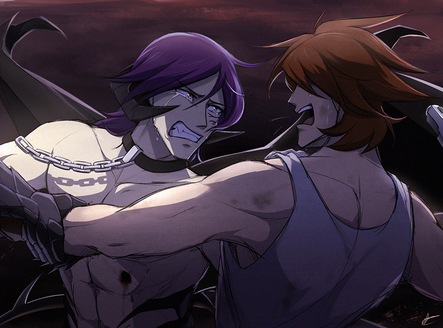 After Keith is done berating Sky, he turns away from him and starts to reflect on his own life. He goes through all the horrible events that have happened to him and how it turned him into the terrible person he is. He feels worthless and that there's no point in existing anymore. Sky starts to become concerned and once Keith takes out his pistol and points it directly at his head, Sky immediately starts running towards him, begging him to stop. Keith then points the gun at Sky and tells him to not get involved. However, even when Keith shoots him in the chest from getting closer, Sky eventually gets close enough to Keith to pull him and grab the gun away. Keith then goes on a rant about how Sky has no idea how he feels and starts to verbally attack him. Frustrated with his feelings for Sky, Keith finally tells him to get out of his life, sending Sky off crying. 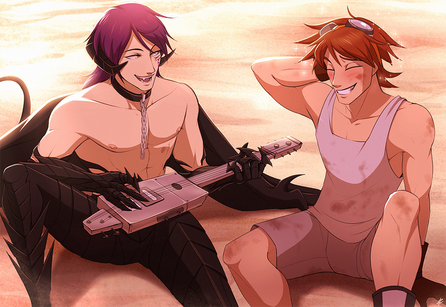 Over time, Keith takes notice of how damaging his words were to Sky as he sees him moping around and not wanting to do anything anymore. The upbeat personality he had before is completely gone. Eventually the guilt becomes too much for Keith to bear and he goes to work on an apology gift. Keith tries to apologize to Sky by gifting him a dinky homemade guitar. Surprisingly to Keith, this actually seems to brighten up Sky's mood. Sky even offers to sing him a song on the guitar he made. After the song, Sky butters Keith up with compliments and Keith starts to be flustered. Keith asks Sky if they could start over as friends and Sky agrees. After Sky leaves, Keith realizes the romantic feelings he has for him have gotten stronger. He struggles to fight it as he finds the compulsion to keep giving gifts to Sky and being kind to him, something he's never done with anyone before. Sky starts to pick up on this and he starts to playfully tease Keith to embarrass him. This starts Keith's "tsundere" behavior around Sky, but still enjoys being around him. 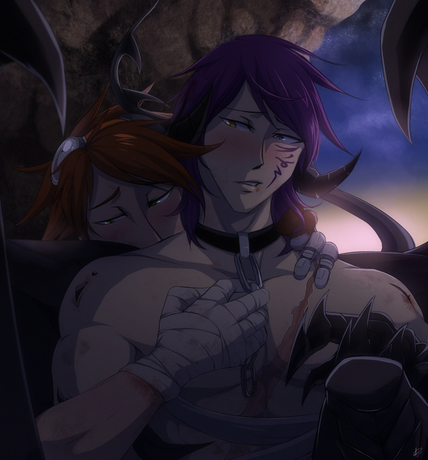 Keith continues to stay at Sky's side while he tries to heal. As he tries to untie Sky's bandage from his torso, he stops and puts his arms around him. Keith tells Sky that he hates what hes become and that this wasn't suppose to happen. With Sky being a demon, their relationship would be extremely taboo and a danger for them if anyone found out. Sky tries to comfort him, but seems to feel the same way too. Keith breaks down and wishes he didn't have these feelings, therefore he wouldn't be in this mess. He even goes as far as saying that he wishes he could stop loving him. Sky becomes heartbroken from his words and he flees into the forest outside. Keith shouts at him to come back, but Sky is already long gone. Afraid to lose Sky again, Keith starts to regret his actions, eventually getting over his insecurities and runs off to find him.
------------------- 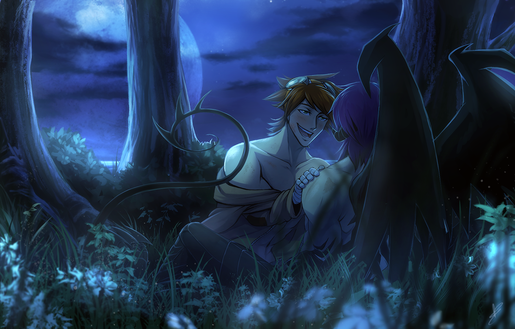