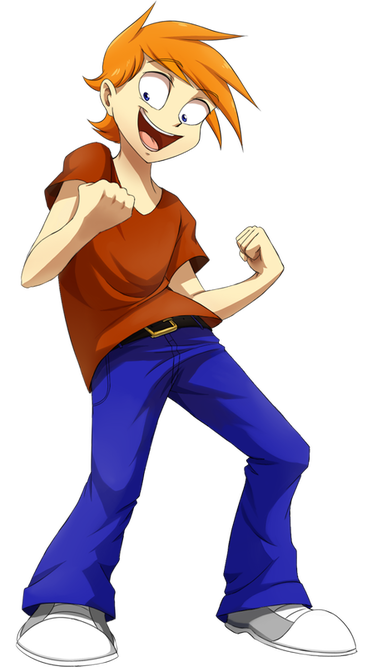 Description:
Jake Brown is one of the main characters from <insert series title here> and Plyso's assigned military partner. He is a human miliary trainee from Kuzmimi Island. Throughout the entire story, Jake often changes his career pathway, whether it would be Captian of the military, intergalactic diplomat, ect. But whatever the case, his goal is always the same: To promote well being and peace to the good citizens of Pelepia. 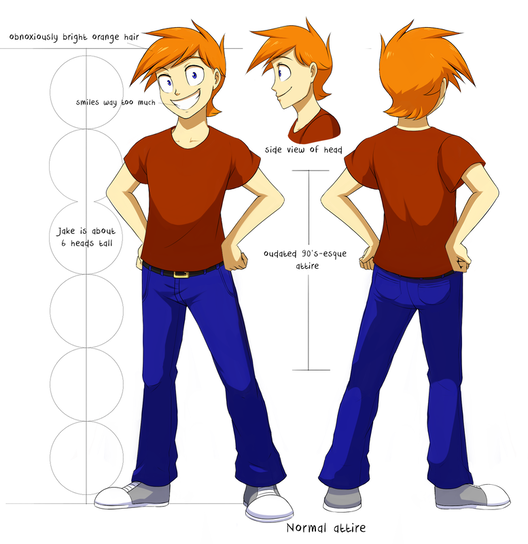 Jake is a rather scrawny 12- 15 year old boy (he ages as the series continues). He has bright, spiky orange hair, inherited from his mother, which he is often picked on for, because ginger humans are very rare on Kuzmimi Island, where most humans have brown, blue, blond, or black hair there. His dark blue eyes are from his father. He also wears a plain reddish T-shirt (because he lacks fashion sense), a black belt which his shirt goes over, blue jeans and regular gray shoes. Jake is physically weak, for he even has trouble performing the simplest of tasks that require some muscle strength. Therefore he is easily picked on by his peers and can't do much to defend himself. However, sometimes his willpower overcomes his weakness and can then accomplish great things.

Although Jake is mostly human, he also has inherited blood from other subspecies of humans such as Toadians (this blood comes from his father) that allow him to jump unusually higher in the sky than most humans. It also gives him incredible vocal skills and allows him to hold his breath underwater for an unusually long time (which is pretty useless since he can't swim). He also has pale brown spots on his back and webbed toes, which are remnants of this species's traits. 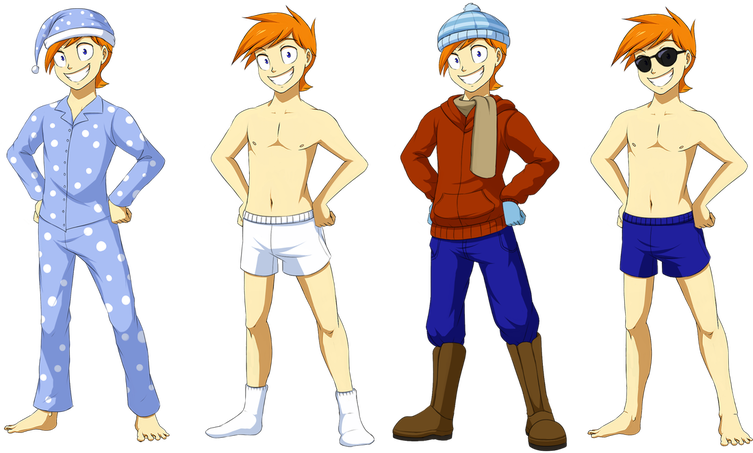 (from left to right) Jake's pajamas, boxers, winter outfit and swimwear
Jake has a few different outfits he wears on certain occasions!

At the beach or when its hot outside, he wears swimming trunks (same color as his usual jeans) and sunglasses. 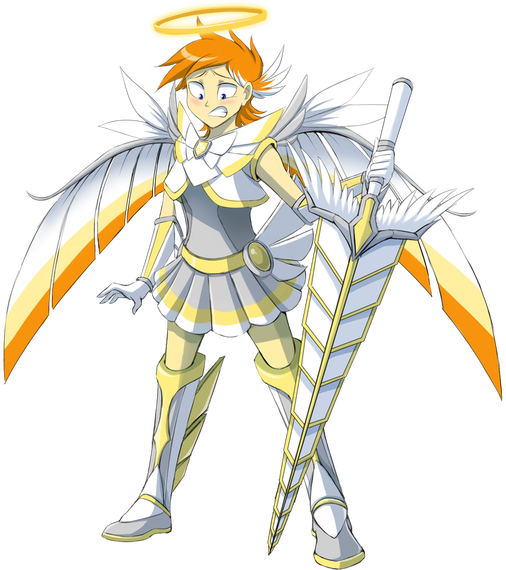 Jake in Angel/Spirit Mode
In Jake's Spirit Mode/Angel Form, Jake becomes a mahou shonen (magical boy) with magical girl-looking armor with white wings on his shoulders and back, and what appears to be a miniskirt (but lets just say its a "kilt" to make him feel better). His hair gets longer and grows white hair on the side that kinda looks like wings. His armor has what looks like a bowtie on his chest. He also wears long white boots and has a golden halo. He sword is called the Righteous Angel Sword. Since he often gets embarrassed in this rather girlish form, he chooses not to resort to this unless he's in dire peril. Unlike most people who achieve Spirit Mode, there are no drawbacks or counter effects for Jake, since this was a gift directly bestowed from Deityna, Goddess of Light. But I guess the drawback could be that he's not too satisfied with this form appearance wise.

Jake later learns to create a Suppressed Spirit Mode where he can use his sword in battle but without having to wear his ridiculous yet fabulous outfit.  In this form his sword is more simplified and Jake has simple glowing wings and the same golden halo. But he still has his old simple outfit on. However in this form, his power is cut by half from what it would be in his normal Spirit Mode. 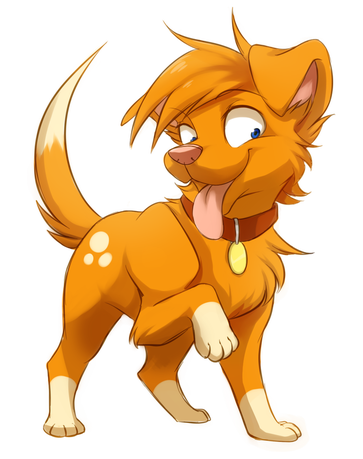 Jake the Mutt
In an alternate, non-canon universe, Jake can also be drawn as a dog. Hes also known as Jake the Mutt. Jake the Mutt (not to be confused with Jake the Dog from Adventure Time) is a dumb dog. Like REALLY dumb. He tries really hard to please his owner by attempting to learn cool dog tricks but he just cant seem to do it without hurting himself. Other than that he loves everyone unconditionally and will slobber over anyone he's taken a liking to. His owner is Plyso the Human. His fur color is the same as his hair color, and the pale spots on him are the same color as his skin. His collar is also the same color as his shirt.
Personality
Abilities

Art of Jake by others