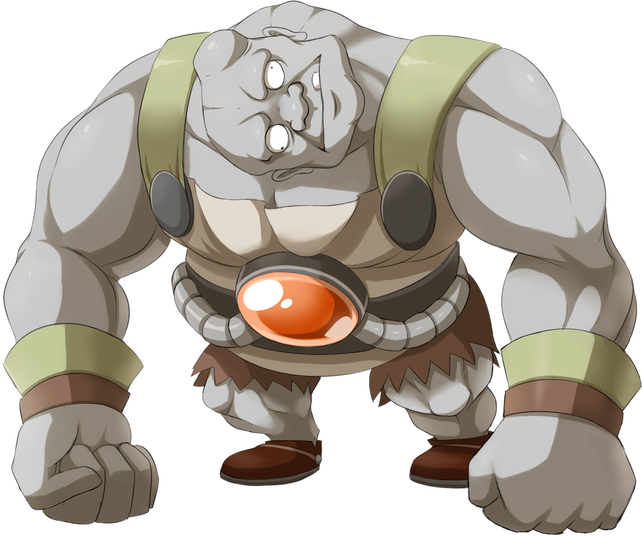 Description:
Gorgen is a member of the Dark Siders and is the brawns of the team. He is a mentally handicapped human/troll hybrid abomination. He is the only one in the group that doesn't question his leader and does whatever he is told. Although it seems like he's always speaking gibberish, he is actually speaking Meekra, the creatures that raised him. He also has very strong earth powers that he uses with his fists. He is also a slob and has a tendency of using up most of the Dark Sider's resources. He represents the sin of Gluttony in the Dark Siders.

Art of Gorgen by Others