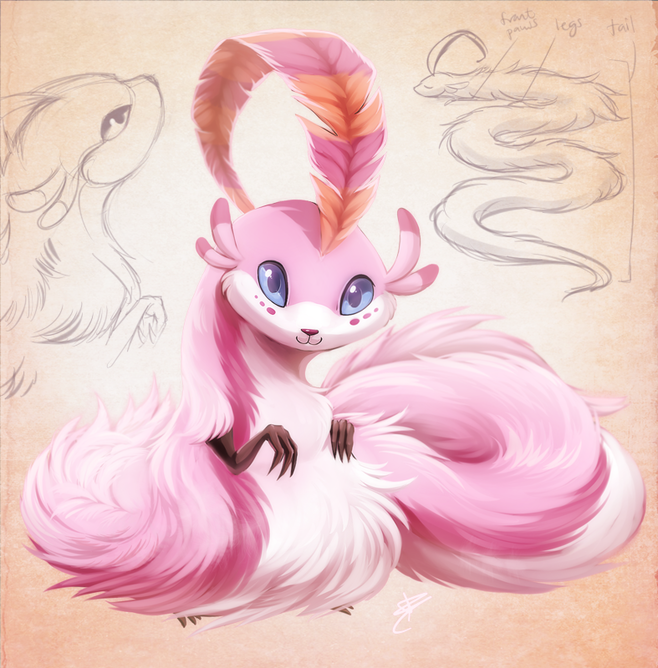 
Furres are feather boa ferret-like creatures. They're basically treated as both pets and an outfit accessory. They usually come in bright, vibrant colors (pink and purple are the most common) and the prices they are sold at depend in the rarity of thier fur pattern or color. They are considered a hot fashion trend in some areas of Urens and Kuzmimi Island, but are also considered strange in others. Furres are characterised with a long, feather boa like body, a ferret like head, 4 antenne like ears and a long feather on the top of their heads. They also have long claws for gripping and hanging on things.

Furres are docile in nature, but they are incredibly lazy. They cannot walk, but can only slither around like a snake, since their tails are so long and massive. Many of them just sleep on thier owners coat hangers. They are also strictly dependent on thier owners for survival, for its nearly impossible for them to survive in the wild (since their slow speed and bright colors makes em easy targets for predation). Most of them choose not to move around much and when they are hungry and thirsty, they will call thier owners by uttering a shrieking sound.

Other Pictures of Furres