The species family of Canilui consist of these subspecies: the Canigama, Poodala and Fudoyi. They are a group of dog-like Mortal species and are able to interbreed with each other. Canilui are usually a civilized Mortal species. 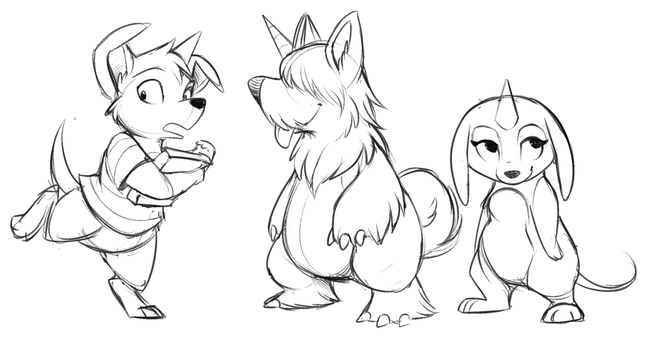 Canigama are dog-like creatures that are the most common Canilui (dog-like creatures) species on Pelepia. They are characterized by their eagerness and undying loyalty to their friends and loved ones.

​
Canigama come in many different breeds, but they all have a few distinct features that categorizes them as Canigama. These are a: ​
Their natural enemy is the Feligama, sort of a feline counterpart of this species. They aren't known for any super special abilities unique to the species, but they are naturally very speedy, smart and strong. Canigama are a civilized Mortal species. 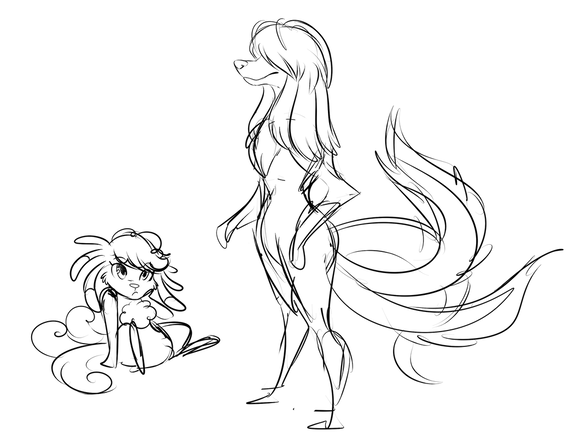 Poodala are poodle-like creatures that walk upright and have three pairs of curly ears and tails. They also have a long tuft of hair on the tops of their heads that they will often make into a certain hairstyle. Poodala are thought to be a recent descendant of Canigama that became its own subspecies, however they can only be born with the affiliation of the Fire element for some reason.

They have similar characteristics to the Canigama, but tend to be a bit more vain and self conscious. 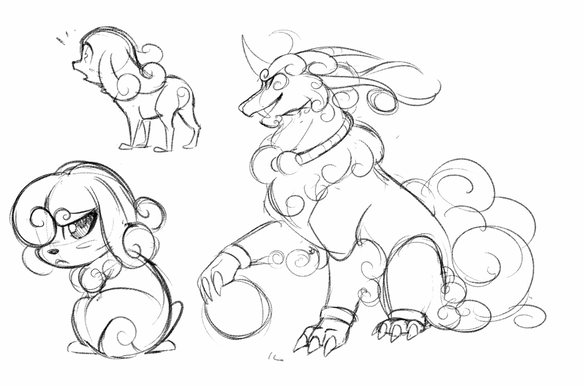 
Fudoyi are Fu dog or lion-dog like creatures. They usually have swirly patterns on them as well as a swirly gem on their foreheads. They are the only members of the Canilui family that are quadrupedal. As children they are often very soft, cute, meek and small, but when the reach adulthood, they will gain armor, more hair curls and patterns, as well as a stronger stature. They are usually affiliated with the Psychic and/or Light elements and will gain the Earth element when they reach adolescence. Many of them serve as temple guardians and are naturally protective.