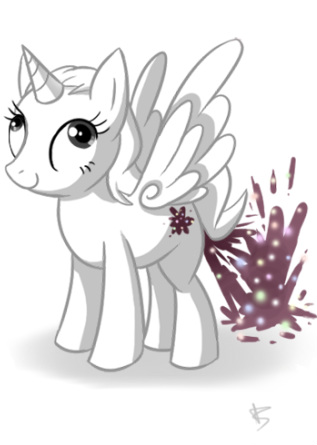 Description:
Asasfkdaghdhadg, also known as the Glitter Poop Princess is a pony oc. She was banished from Equestria when her glitter farts were making too much of a mess of things. She was created when Draggincat found a stash of her old 5/4 year old drawings and found a unicorn/pegasus thing shitting out glitter. She is also Derpy's cousin twice removed.

This is obviously a joke character not to be taken seriously

Art of Asasfkdaghdhadg drawn by others